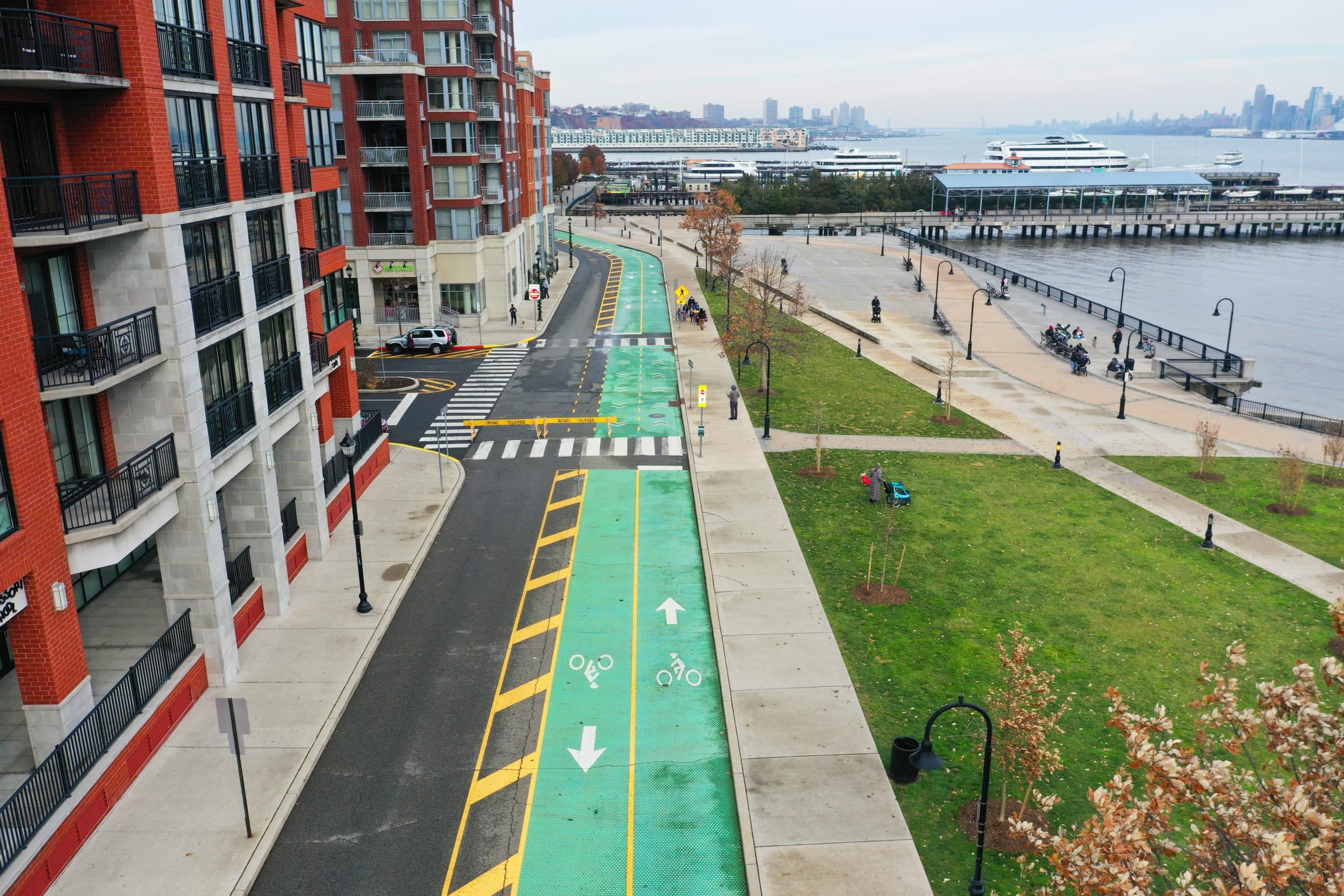 Like most small cities, Hoboken is challenged with providing a safe plan for cars, pedestrians, and cyclists to peacefully coexist. It’s known as “The Mile Square City” with a population of over 62,500 people. All of them packed into a space of just over a square mile. The average for New Jersey — the nation’s most densely populated state — is a little over 1,200 per square mile. With so many people in so little space, Hoboken needs to take special consideration of its urban planning. Thanks to the special attention Hoboken takes, the city hasn’t had a traffic-related fatality in four years. Their adherence to the Vision Zero plan has played a big part in that, improving the infrastructure of Hoboken’s streets for this pedestrian and cyclist-centric town.

When it came time to focus upon the redevelopment of their waterfront along Sinatra Drive, they reached out to us at Pavement Surface Coatings to ensure that their commitment to safety continued.

We knew that the area is a picturesque one that can easily result in driving distractions, especially for those from out of town coming for the view, so it required special attention to create a safe environment for cyclists.

With so many people, cycling is becoming a far more important component of Hoboken life. According to Ryan Sharp, Hoboken’s Transportation and Parking Director, “biking is the easiest way to get around here.”

Since it was along the waterfront, it was particularly important that we considered the durability and drainage required to stand up to not only normal wear-and-tear, but possible storm surges that might have an impact over time. Hoboken’s waterfront is fully exposed to hurricane damage.

This was not just about bike lane road markings. 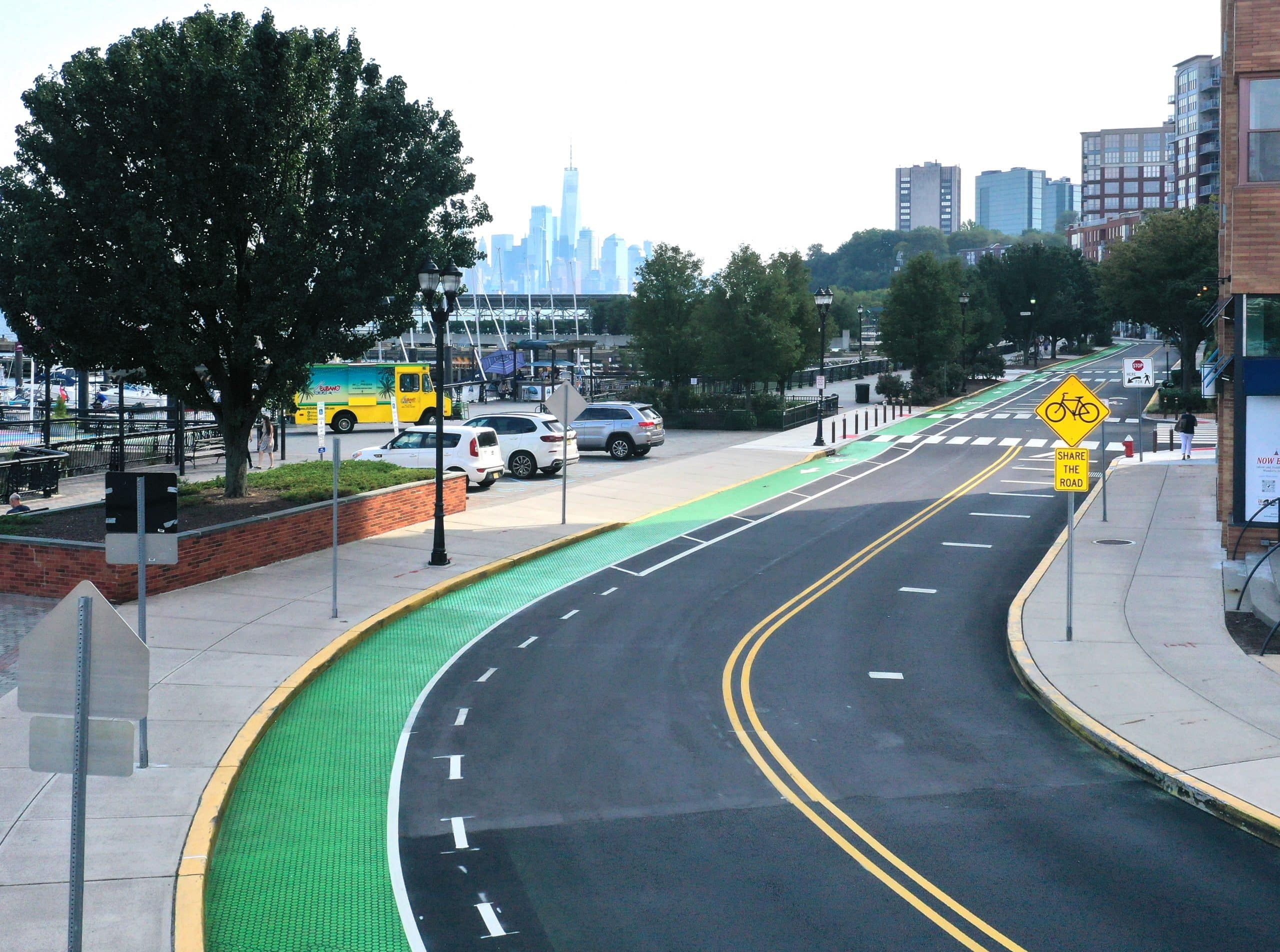 With this in mind, and choosing an environment friendly surface treatment for asphalt, we decided that Endurablend was the best possible surface treatment to use for this space. It’s a long lasting asphalt treatment that would give the city its best result. And since it’s an advanced polymer, the high bond strength and durability would give Hoboken peace of mind for their residents without the burden of regular maintenance.

This reduced maintenance cost is something that the taxpayers of Hoboken will all enjoy, even if they don’t own a bike and couldn’t find Sinatra Drive on a map.

Along with employing this high friction coating, we also featured a hexagon pattern in the design, which would further increase friction and minimize rainwater.

Get More Vibrant, Durable, and Safer Bike Lanes with Endurablend

The goal for the city of Hoboken was to ensure their pedestrian and cyclist safety for an area that’s often a destination for both residents and tourists, while simultaneously adding to the beauty of the street. Pavement Surface Coating’s Endurablend was the best possible answer for everything they needed to accomplish. In the end, Hoboken will have their safe space, the residents of the town will enjoy their beautified waterfront, and the government will be able to focus their finances upon other parts of town with reduced maintenance costs for this popular neighborhood.